Activities & Sights to See in the Wilderness 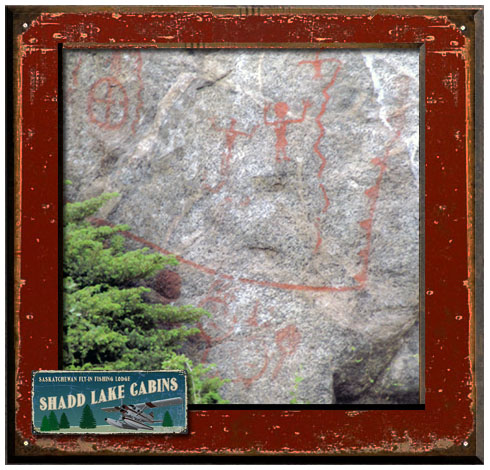 There are many outdoor activities and sights to see along the river and in some of the backcountry lakes.

Many rocks and caves along the Churchill River have Cree and Ojibwa pictographs. They date back hundreds and some even thousands of years. It was a way of life for aboriginal people to travel the up and down the river as they were hunter-gatherers and had to follow game. They left their mark or communicated with other family groups by drawing pictures. The paint was a mixture of clay, minerals, animal fat and plant matter, which made it water resistant and last for many years.

There are other sights to see like Needle Falls and the giant Swimming Stone, which was considered a sacred place by the aboriginal people. The Swimming Stone is an unusually large bolder of Precambrian Rock, which was moved to the area by glaciers during the last ice age.

There is also breathtaking scenery to be seen with the most amazing sunsets and sunrises you can imagine. All along the shore are magnificent outcroppings of Canadian Shield Rock, which are framed with towering pine trees. There are even caverns to explore.

There is an abundance of wildlife to be photographed. Moose, Black Bear, Pelicans, multiple species of gulls and terns and Bald Eagle are common. If you really look hard you may see other animals, which try to stay hidden such as Otters, Fishers, Pine Martins and Beaver. On very rare occasions guests see Lynx, Wolverines and Caribou. These animals are rare to begin with and are experts at camouflaging themselves in the bush. Cougars are so rare that many people do not believe they still inhabit Saskatchewan but officially they do. Since the fall of the fur trade, environmental efforts to protect endangered species have increased sighting of rare animals considerably. 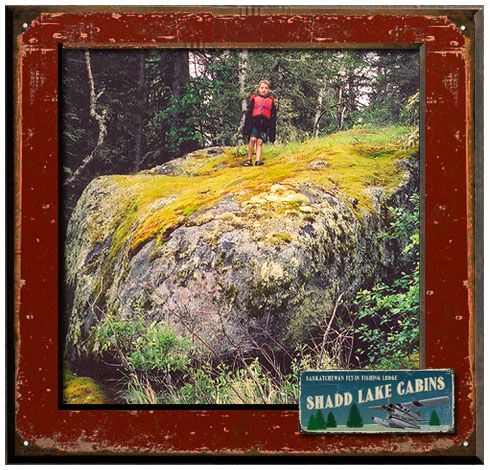 The kids will have a blast. Children can learn a lot about nature and explore the area and examine species of plants and small creatures. They can hike up small stream to beaver dams or walk along the shore and catch frogs, turtles, minnows and other interesting creatures. They can go swimming, snorkeling, build forts or a homemade raft. A child's imagination is limitless and so is the adventure they will experience in this wilderness environment.