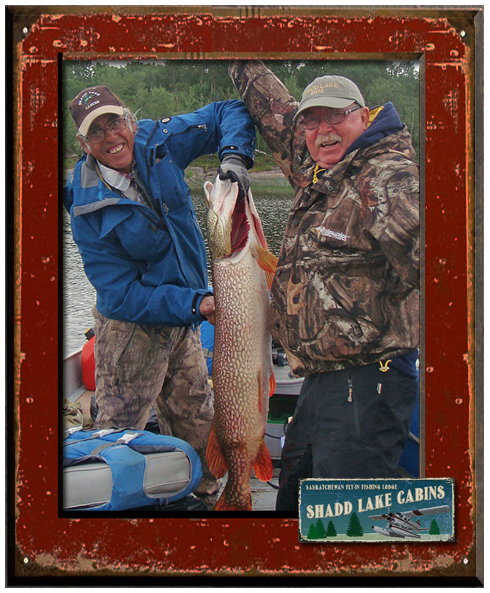 Excerpts from article written by Ole Nygaard from Denmark (2011)

At the beginning of August I found myself on a pier at Lac La Ronge waiting for a float plane to take me to Shadd Lake Cabins in Northern Saskatchewan. The twin Otter flew us the half hour to the resort, and there was a lot of bush pilot atmosphere over the embarking and disembarking.

The approach to the lodge was picturesque. The lake surface was like a mirror, and here out in the middle of the wild was the Shadd Lake Resort owned and run by Ray McKay, his wife, Nancy and his younger brother Sam.

The resort lived fully up to my expectations. A row of log cabins surrounded by water and forest with a main lodge at the end. Very civilized with shared washrooms and showers, a lovely sauna and electricity in all the cabins.

After dinner the guests milled around to get to know the area, talk or just sucking in the ambiance, enjoying the weather, the silence broken by the odd melancholic call from a loon.

After a fabulous breakfast we were to go fishing. I borrowed a rod and bought 1 spoon, 2 dippers and a diver. I was in Eddie's boat. It was a wonderful morning on the water. A maze of lakes and inlets all part of the great Churchill River which runs into the Hudson Bay. Billions of cubic meters of fresh water ready to be sucked dry or contaminated by greed if we are not careful. Fishing in these waters gives a new meaning to the activity. You cast, you catch. The fad about being quiet when you fish is rubbish.

At lunchtime we went to shore, where the fish were filleted and cooked in a pan over an open fire with beans and potatoes. Lip smacking delicious. For the billions of people who have never tried a shore lunch, words can hardly describe the experience. If we think of the hours of time and the kilometres of newspaper writing wasted on different ways to boil an egg, held against a shore lunch, it is easy to see how fake our world has become. I have eaten all kinds of food all over the world , sometimes with a lot of hype (read expensive). Trust me, fresh fish, spuds, beans and a little sauce - easily one star in Michelin.

After enjoying another marvellous dinner at the lodge, for most it was an early night after a full day out in the wild. The next morning was not as brilliant as the day before, but with a few clouds and a slight rain it possessed its own beauty. It was another day on the river. The wildlife again was incredible. 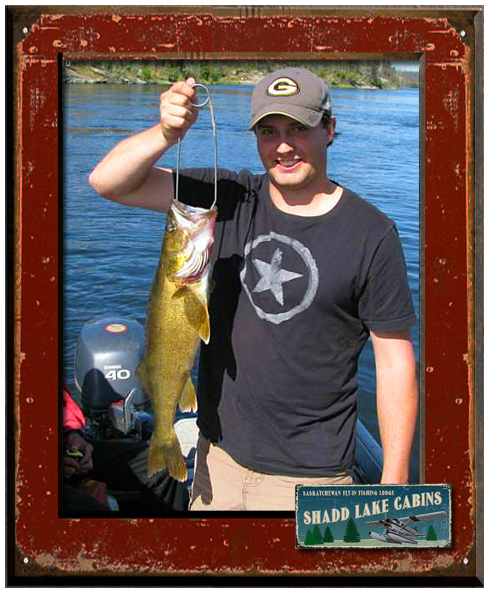 After a nice shore stop with more scrumptious freshly caught fish, I was approaching my finest moment of fishing. Mid afternoon as we slowly made our way back towards camp, we stopped at an inlet. My lure was about 15 feet from the boat, and I was thinking of my next cast. Out of nothing came the aggressive sound of line being pulled away from the wheel, and my fishing rod made an impressive arch. The ever observant, but quiet Eddie, got a hold of the net in case I was able to land the monster. On my third try it got alongside the boat and Eddie scooped the net around the fish and hoisted the thing on board. It was a pike and rather long. Later measured to 55 inches or 1.40 m. I got my picture after the hook was removed. Obviously I was thrilled, but in a way it was not quite fair, that I caught the biggest fish of the week. I haven't fished since my kids were little and we holidayed in Sweden, and then I spent most of the time untangling lines and putting worms on hooks. Me, with a borrowed rod, a complete amateur. On the other hand it adds to the attraction of the resort, that a fishing dyslectic like me could have this experience.

The third day was fishing again combined with sightseeing. Again plenty of fish, but we were covering several miles of the river system to see rock paintings and the Needle Falls. Everything as amazing or even more as the first two days. The falls were not tall, perhaps only 8 to 10 feet, but probably one half km. wide, and it showed the huge amount of fresh water in the river. Very impressive! Compared to the huge body of water cascading through the fall, the tiny figure of a moose on a rock painting did not impress by its magnitude, but by its profoundness as a connection to forgotten generations.

Had someone told me that I would eat fish for lunch three days in a row, I would have been sceptic. Not so. The third day it was as good as ever. A bit of sadness was sneaking in, knowing this was coming to an end. On the fourth day, we gathered a bit muted around the pier, waiting for the twin otter to bring us back to the reality of career lives, traffic and shopping malls.