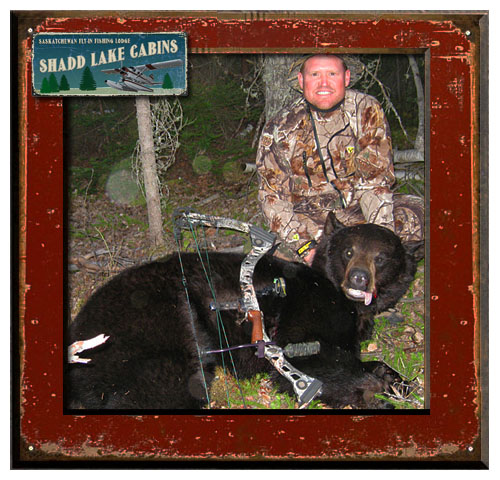 Dominant male Black Bears kill every bear cub they come in contact with unless the cubs are their own offspring. They do this to force the females to want to mate again and ensure their own genes are passed on. The problem is a dominant male Black Bear can have a territory of many square miles and be the only male mating with many females. Related bears end up mating with each other, which greatly weakens the gene pool and makes the bears susceptible to disease. Once one bear becomes sick, the plague can spread like wildfire and wipe out all the bears for hundreds of miles. Allowing more deer hunting in Michigan and Minnesota would have prevented Chronic Wasting Disease from spreading and the deer eradication project would not have been needed. Proper management is key. To ensure a healthy and happy Black Bear population, controlled hunting is used as a population management tool, which just happens to be lots of fun and available to our guests.

We have a large Bear Management Area and we are licensed to have many baited stands spread out miles apart at strategic locations, which our guides feel are the areas that produce the biggest bears. Each hunter has three baited stands and can observe which baits are bringing in the biggest bears. We start baiting weeks before the hunt and our guides know which baits are the most active and most times can tell which bait has a big trophy bear visiting. 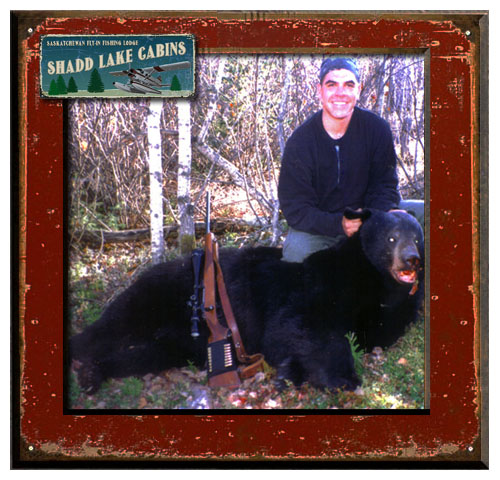 Black Bears are common in the 175 to 225 pound range. There is no need to harvest a bear smaller than 175 pounds. It's just a matter of passing up a small bear and waiting for a good size bear to come into range. If you do want to pass on bears and wait for a big one, a 7-day hunt will give you a higher probability of success over a 5-day hunt. Both hunts are available. Black Bears in our area can get big. It's not unreasonable to think that a 300 to 400 pound male will be seen at your stand. Black Bears that big are territorial males so you will only see one if you see any at all that are in that size range. Black Bears have been known to exceed 500 pounds in Northern Saskatchewan. That would be an extraordinary trophy bear and we don't want you to think you are going to see a bear that big but part of the adventure is knowing it's possible.

We offer both spring and fall Black Bear hunts. Our Black Bear hunts are fully guided and American Plan. Our bear hunts include all the fishing you want to do as well. Most hunting guests fish in the morning and hunting in the afternoon and evening when the bears are more active.

Ask us about our remote outpost hunting camp -->