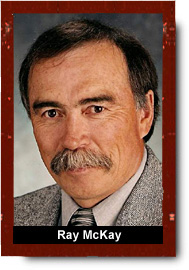 Five generations of McKays have been at Shadd Lake. The present owners, Ray and Sam McKay's maternal great-grandfather, Edward Beatty, and paternal grandfather, Roderick McKay, wintered on Shadd in the late 1800s approximately one km. northwest of the present camp site. Roderick later established a small trading post at the mouth of Tulabee River, through which Shadd joins the Churchill River. This site became the homestead for Roderick McKay's family. His sons John , Bill, James and Gilbert continued to trap and commercial fish in this area. John later worked in the mining and exploration industry. He married Mary Ann Charles, the granddaughter of Edward Beatty, and they raised ten children.

John and Mary Ann lived part of the time each year at the homestead when John would pursue his first love of trapping, fishing and hunting. Their children would accompany them when not in school or they would do school by correspondence. They all developed a love and appreciation for the area. 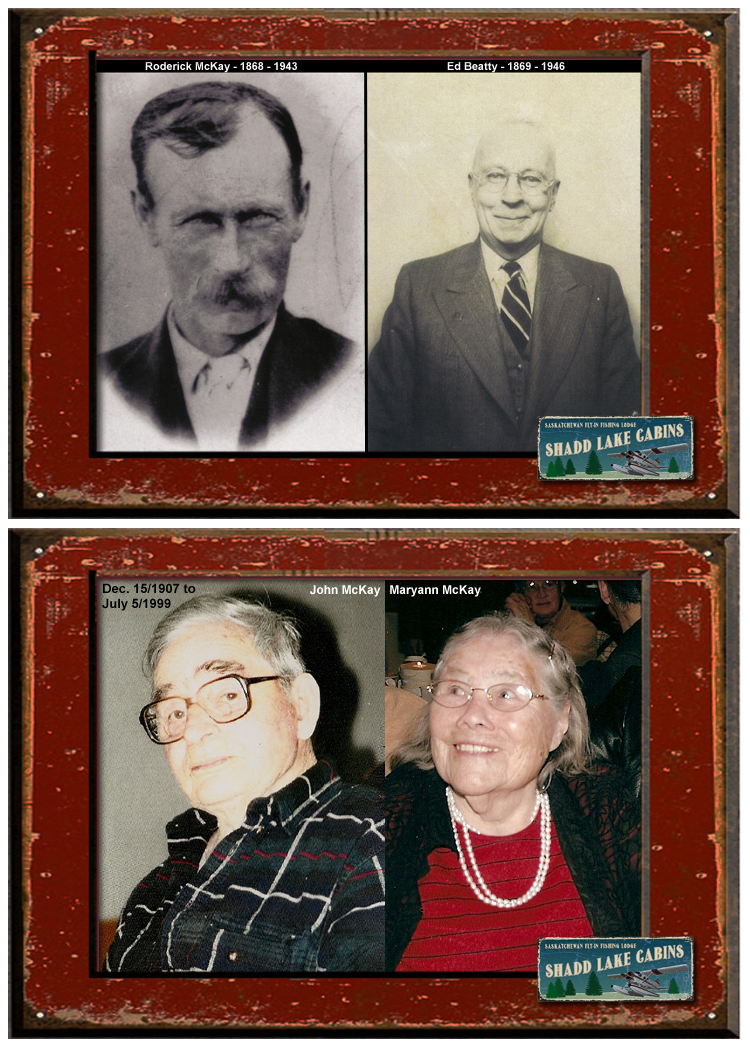 When John retired from the mine in 1971, he and Mary Ann decided to build a tourist camp. This was a huge undertaking as it was very difficult and expensive to get materials flown in for the project. John, with hired help, built the cabins from local logs. The camp officially opened in 1977. When it became too busy for John and Mary Ann, their sons, Ray and Sam bought the camp in 1979. Their children also have come to love the area. Their sons have been involved with operating the camp and acting as guides when their professions permit. Sam's daughter also helps out when needed. Ray's grandchildren have traveled quite extensively and yet they think that Shadd Lake is the most beautiful place of all. Ray's eleven year old granddaughter had her dad and grandpa build her a cabin of her own there, so it looks like the McKays plan on being there for years to come. Mary Ann, aged 92, still spends as much time as possible at the homestead cabin. She loves to visit and share stories of the past. The McKays have made many good friends with the guests from Shadd Lake Cabins. One guest has been coming to Shadd Lake once or twice a season for 30 years. The McKays take pride in providing an atmosphere where all guest feel at home.

To the right are Ray's parents; John & Maryann McKay.